About The Jason Flatt Act

While these statistics point to a serious public health problem, we do know that suicide is preventable. Ninety percent of young people who die by suicide have a mental health condition at the time of their deaths, although often these conditions are untreated, under-treated, or undiagnosed. One of the best ways to prevent suicide is by understanding and treating mental health conditions. The first onset of mental illness typically occurs in childhood or adolescence, and as children and teens spend a significant amount of their young lives in school.

Schools have an important role to play in identifying students showing signs of a mental health condition or suicide risk, intervening with students presenting acute risk or who attempt suicide, and responding to completed suicides within the school community. Key tasks for schools in the areas of suicide prevention, intervention, and postvention are detailed below.

Prevention: There are 2 key tasks for schools in preventing youth suicide: (1) Schools can identify students at risk, and (2) Schools can refer students at risk to a mental health professional for assessment and evaluation (within or outside the school setting), according to school protocol or policy.
As children and teens spend a significant amount of their young lives in school, the personnel that interact with them on a daily basis are in a prime position to recognize the signs of mental health conditions and suicide risk and make the appropriate referrals for help. To be able to do this, they will need effective training to acquire the necessary skills and confidence to intervene with youth at risk, and mandated training is one way to ensure that all school personnel have a baseline understanding of suicide risk and the referral process.

Please share your thoughts on creating Jason Flatt Act legislation in Idaho by clicking the Feedback Requested survey below.

How The Jason Flatt Act Started 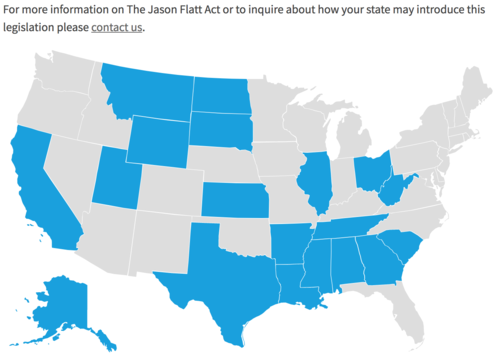 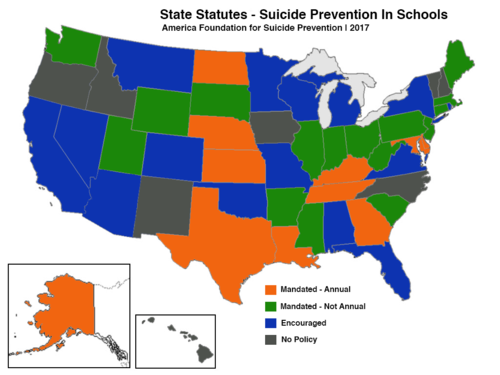 According to the latest CDC’s WISQARS National Data Reporting (201

THE HISTORY OF THE JASON FLATT ACT

A Healthy Look at Idaho Youth